Snakes & Ladders Stories is a story-telling game for one or more players.

While this is a framework for telling stories - it is also a (simple) game with real win and loss conditions.

There is no maximum player count, but there would be a lot of down time with more than four. 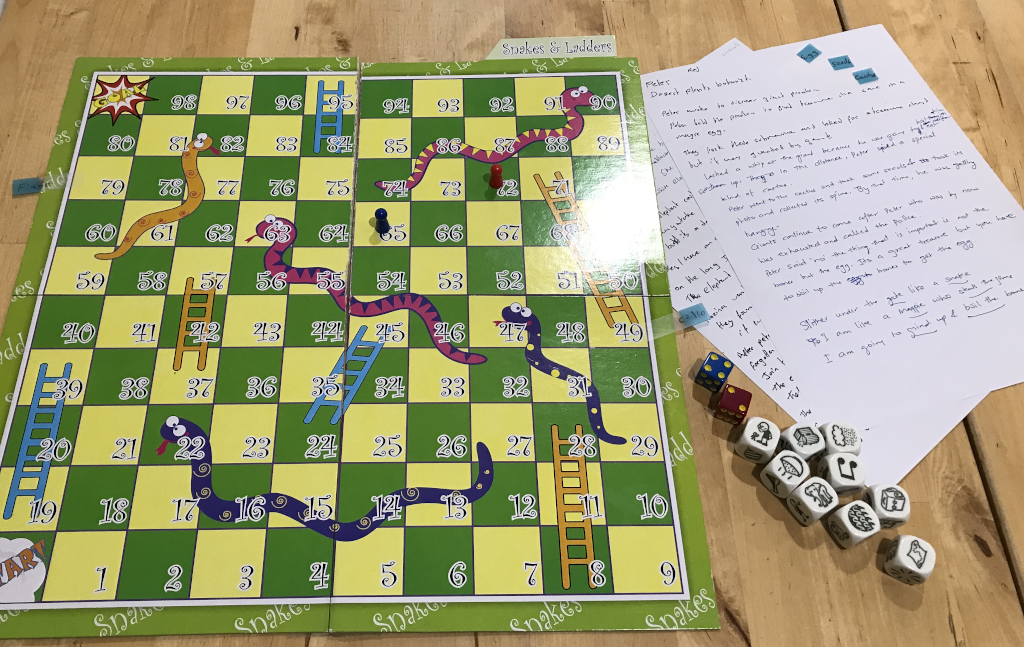 The game plays as Snakes & Ladders, but you roll a number of Cubes equal to your movement each turn. You then use those to add to your story, taking an upturn on a ladder and a downturn on a snake.

There are new rules for conflict (landing on the same space) and for the final show-down at game end. 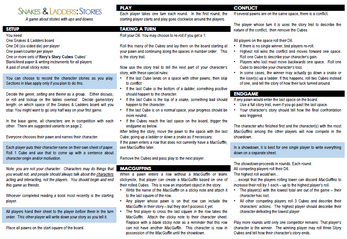