Wyrmbones: The Border is a stats-light role-playing game, with strong management elements. The game plays out the rise and fall of clans and heroes.

The game supports four heroes, for up to four players.

The players settle clans on the map, gradually working Northward, to drive out the Gobbeling invaders.

Each player has a hero who may be pivotal in battle or for providing supplies to the overwhelmed clans.

There is no GM; this is a story about settlers, raids and starvation. The Gobbeling raids are all randomised.

The game consists of one two-sided page and a one sided shared game sheet with a map, hero roster and clan list. The pages are all low-colour; B&W printing is fine.

You must provide 8D6, pencil and eraser. (Note; you could comfortably manage with 6D6, but fewer is more difficult because of dice pooling.)

Prints one two-sided rules page and one single-sided playsheet at A4 size. 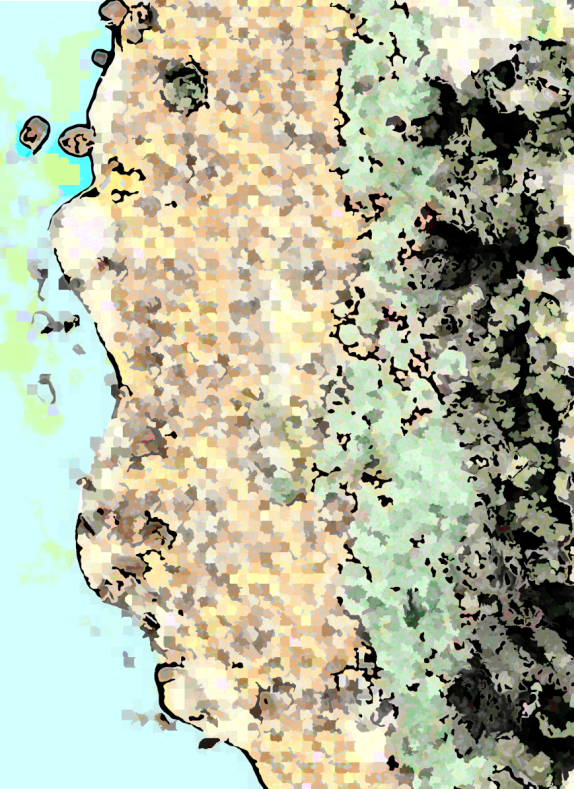 A Map of Far Up (not in the game downloads) 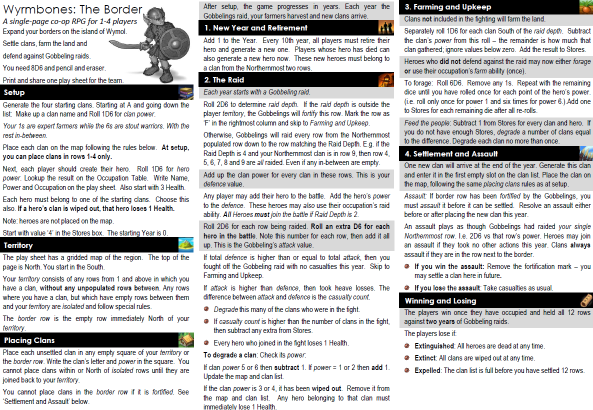 Rules - side 1; almost everything you need. 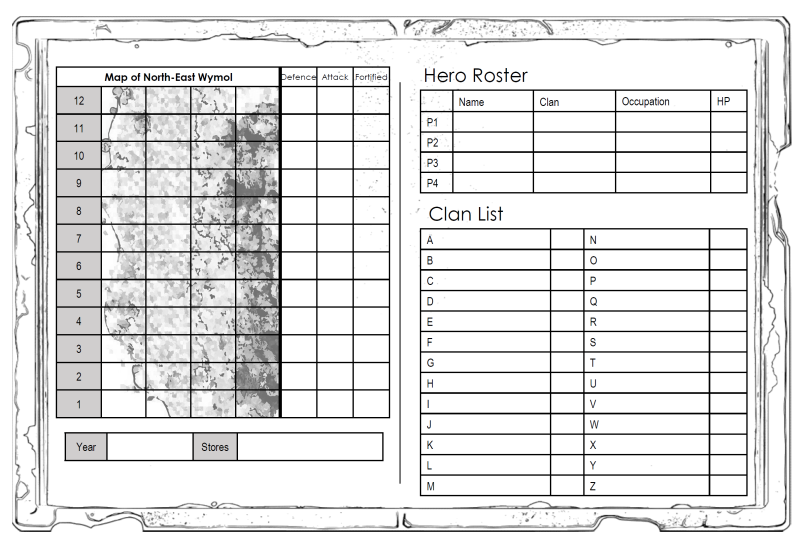 The play sheet - you will place clans on the map to the left.

Wymol. Wyrm Hold. Once home to the terrifying dragons.

Long after the dragons moved on, Human settlers came from Osci to the South. The Island’s coastal lands were welcoming and fertile. The blasted desert in the island’s centre was a wealth of the treasured wyrmbone.  Arid and ringed by the High Peaks, it was a destination for those seeking wealth and those with the gift to be Wyrmsires.

Expanding around the edges of the High Peaks, in the region called 'Far Up,' the Human settlers discovered they were not alone.

The Gobbelings had come over the Western Sea, from their home in Dachlund; the thin habitable strip between volcanic lands and endless ice.  After decades without signs of any dragons, they too had thought to come to Wymol seeking a better life.

At first, the relations were cordial and the frontier people of each race even learned a few things from the other.

But as borders became close it was clear that co-existence was not an option.  The Gobbelings, from lands of ice and ash had no concept of farming or the ownership of ones labour in the land.  They happily stripped Human farms of all yield, causing many Human families to starve through winters.

The Human settlers built up defences and fought off the food raids.  The Gobbelings, not capable of understanding their own faults considered this to be a war and started to take lives as well as livestock.

Within a year, the state of neighbourliness had descended into brutal cross-border raids. Clan leaders appointed a council to unite and lead all clans in this time of war.

As the new council, you must feed and defend your people. 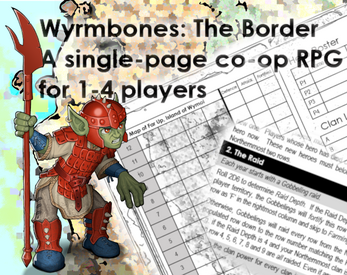